“Mika wants us to come out for a conference.”

And so the trip was born…

I’m a planner.  Like, I totally planned my adventure to Iceland over the course of four years (YEARS people, YEARS).  I knew more about Iceland than I swore some people who live there knew.  I had a massive binder with the itinerary and maps in it.  I plan.

Finland had no plan.  We bought airfare in mid-February for our April 23rd trip.  That’s last minute in my mind.  A few days before Kubo told me, “Hey, figure out what we’re doing on our layovers in London.”  I stressed.  How can I plan for this on such short notice?!  I googled some stuff, I made a rough plan.  But really there was no plan.  Helsinki?  I searched some blogs on WordPress, googled some more stuff, avoided making a big document with an itinerary and maps.  I vaguely knew some touristy stuff to do with names that might’ve well be written in Chinese characters because Finnish makes no sense to me (coming from a girl once fluent in German and with elementary ability to read and understand Icelandic).  Yeah, no plan.  Eek.  Panic.

Then Mika sent an itinerary.  Big sigh of relief.  The Finland leg was planned, at least while in Kotka.  We’d figure out London (luckily Kubo had a test run through Gatwick during a trip to Slovakia a few weeks before our Finland adventure).  We’d wing Helsinki.  Heidi, meet how the rest of the world travels.  Rest of the world, please observe how Heidi The Extreme Detail Oriented Planner handles this.

Background…
This trip was to be different.  First off, we would be staying with Kubo’s friend Mika and his family.  No campervans or road trips or anything like this.  Finland has strict driver training education requirements (like most of Europe), and our trip would be during the instructors’ annual conference.  Since Kubo is a winter driving instructor, that’s how he got hooked up in all of this.  So the trip was kinda work/professional for Kubo and pleasure for both of us. 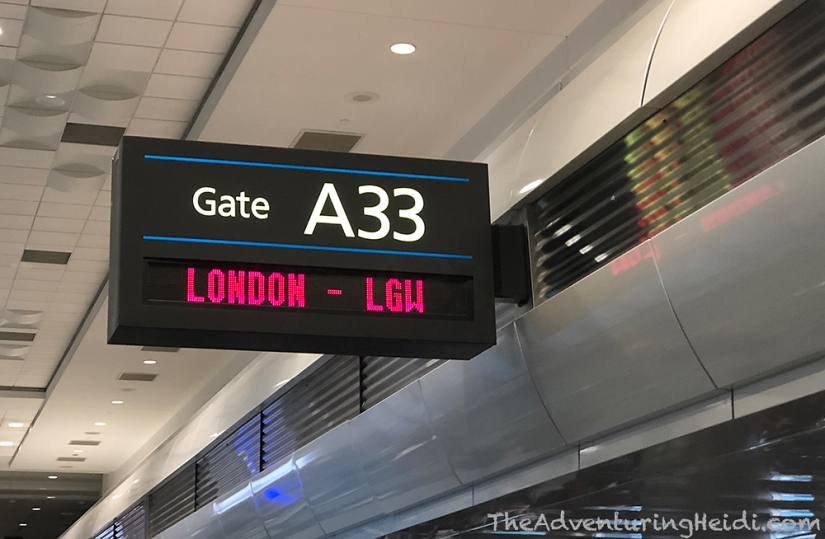 April 23rd arrived, and after working until 3pm, I ran home, changed, and headed down to Denver to pick up Kubo and head out to the airport.  Our flight to London was at 8:45pm, giving me time to work nearly a full day, and time to relax at the airport.  Thanks to Norwegian Air contracting with TSA, I could use my Pre-Check, which was an amazing treat, and we breezed through security.  We picked out a souvenir for Mika & Family at the airport, and then had dinner.  Our flight to London would be a 787 Dreamliner, which is definitely by the far the biggest plane I had ever been on, and I was fascinated by the three row seating and all the room (except leg room, which was sorely lacking).

We boarded and settled down and my mom texted asking “Is the girl next to you nice?”  Kubo saw the text, and turned and asked the British girl in the window seat, “Are you nice?” which led to some giggles and apologies for both my boyfriend and my mother.  The Dreamliner is a crazy nice airplane… it flies so smooth I actually didn’t feel like I was flying at all!  We got up and stretched, and I even used the bathroom several times, which isn’t shabby for someone who literally dreads an airplane bathroom and will risk UTIs in order to not undo my seatbelt and stand on a plane.  After watching “A Star is Born,” crushing on the love story between Lady Gaga and Bradley Cooper, I settled in to try to get some sleep.  I awoke to catch the sun coming up over the southern tip of Greenland, and tried to get some more sleep before the plane came alive for breakfast service and the descent into London-Gatwick. 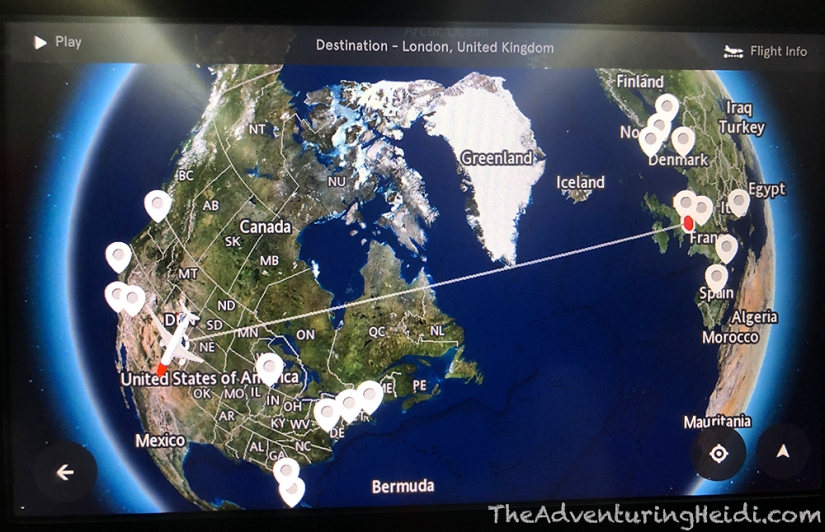 Hellllooooo land of The Queen and Spice Girls!

We had a little over six hours for our layover in Gatwick and we wanted out of the airport.  Okay, really I wanted to say I’ve actually been to England and wanted a passport stamp.  Either way, we needed to leave.  We booked it off the plane and to the border crossing line.

First off, border control is called Border Force, which is the most amazing thing ever.  How can you not say Border Force without going BORDER Forrrrcccceeeee!? I propose a name change to the US Customs and Border Protection to US Border Force.  Just sayin’.

The line moved very quickly, and I’m not sure it took more than fifteen minutes, and we were free to explore with new, shiny 180 day visas in our passports.  And our first stop?  The bathroom, LOL!  I marveled at the fact all the bathroom stalls had their own sink in them, and naturally took a photo of the weird European toilet and sent it to my parents to announce my arrival.  My dad warned me to watch out for the shower controls, which I struggled with my first night in Iceland.  Oh man…

We rang up an Uber and headed towards the Black Horse Hookwood Pub.  It is just a couple miles from Gatwick airport, and a fairly cheap Uber.  Kubo and I figured some good beers and food would be a good way to spend a handful of hours before our flight onward to Helsinki.  I found it unnerving to be in a car driving on, to me, the wrong side of the road.  England, the little bit I saw, reminded me a lot of the east coast of the U.S., except much, much, much older.

So we get to Black Horse and settle into our table, and grab some beers while I struggled to read the menu.  How come British English is harder to understand than… Icelandic?  Seriously, a sandwich garnished with rocket?  What’s rocket?!  Sounds terrifying!  (It’s argula, by the way.)  We finally decided on potato and leek soup, and then to split an order of fish and chips.  I don’t normally eat fish, but when in London, eh?

Couple of beers and full bellies later, we were satisfied.  We spent several hours at Black Horse, taking our time to enjoy the food and atmosphere, and quizzing the local staff on where we could spend our longer layover on the flight home.  Begrudgingly, we strapped on our big packs (carry on backpacks only for this trip), and made our way outside in the drizzle and what I assume is typical British weather to catch an Uber back to the airport.

(Side note – eating out in England is sooooooo cheap compared to what I had come to expect during my only other international trip, which was to Iceland!)

Going back through security in Gatwick was easy, though I notice they are way more strict about the three-ounce-liquids-in-a-quart-baggy rule in England than in the U.S., where I feel like it is more of a suggestion most of the time.  Because we were also taking Norwegian Air to Helsinki, we didn’t have to worry about checking in again, and we didn’t have checked bags to deal with.  I’d imagine both of those things would take more time otherwise.  Gatwick airport is a bit weird in the fact you don’t know your gate until the listed boarding time, so we wandered around.  I bought some travel size shampoos and body wash since they wouldn’t fit in my quart size baggy, and we loaded up on snacks.  I also found a rude postcard to send a photo of  to my coworkers that stated, “Keep calm and carry on working.  I’m on holiday in London.”  Hahaha.

Our flight to Helsinki was due to land at almost midnight local time, but I wasn’t able to catch some sleep, so I read a book and enjoyed the 30,000 foot view of Stockholm.  The Helsinki airport was a ghost town when we landed, and I discovered a new European thing I couldn’t work:  the paper towel dispenser.  Sleep deprived and not knowing what day it was, I couldn’t verbalize pretty much anything to passport control, but luckily Kubo actually knew where we were going and for how many days.  New passport stamp (annoyingly in the middle of my passport, and not on page three…), and we quickly found Mika who came to pick us up, stopped at an ATM really quick for some Euros, and we were on our way to Kotka, which was over an hour drive away.

It was about 2am or so when we arrived at Mika’s house in Kotka.  Because of it being dark outside, there wasn’t much to see, though I gathered that Finland had a lot of trees.  Mallu awoke to lay out some cold cuts, cheese, and cucumbers for us to eat, and I squealed in excitement to see our bed was set up with two duvets so I wouldn’t have to share, ha! (A custom I wish America had, too.  Seriously, let me be a burrito in my own personal duvet!)  After being way too amused and amazed by the cheese plane (Kubo, mostly), and learning it is called a juustohöylä, we settled in to catch a tiny bit of sleep before hitting the ground running later in the morning.

1 thought on “We’re Not “Finnish-ed,” We’re Just Getting Started!: Day 1 – Denver to London to Helsinki”